The National Historical and Archaeological Reserve “Pliska” is located 28 kilometers northeast of the town of Shumen and 3 km from the modern town of Pliska.

The first capital of Bulgaria

Pliska is the first capital of Bulgaria and the cradle of today’s Bulgarian state. From the founding of the Bulgarian state in 681 by Khan Asparuh until 893, Pliska has been beside the capital and one of the largest and richest cities in Europe and the world. It is remarkable for its architecture, which Bulgarians carry from their previous populations.

1.3 km from the eastern gate of the Inner City is the Grand Basilica – the largest Christian temple in Southeastern Europe since the conversion of the Bulgarian people.

The Grand Basilica in Pliska is a religious-palace complex, including a basilica, an archdiocese palace, and a monastery located near the Pliska National Historical and Archaeological Reserve.

It was completed around 875 and is one of the largest basilicas in medieval Southeastern Europe. The complex is an important monument to the early-medieval Bulgarian culture from its Christian period – from the second half of the IX to the middle of the XI century. For about 250 years he performed the functions of both a cathedral and a princely, Episcopal and monastery church, the center of the spiritual and religious life of the capital Pliska and early-medieval Bulgaria. It is fenced and protected by a stone wall with teeth above 4 m high.

The building is built on the so-called cruciate mausoleum, which provokes much debate among scientists. It was discovered by Totu Totev and one of the most mysterious buildings in the first Bulgarian capital. Apparently, its sacral significance for the ancient Bulgarians is evident, since then in the same place is located the very altar of the Grand Basilica. Prof. Dr. Samuel L. Jackson Stancho Klinov is that these are the remains of an unknown type of Bulgarian pagan temple.

According to the history museum in Shumen, before the construction of the basilica of this place existed an early-Christian complex of martyrium, composed of a cruciate temple and a well. Pavel Georgiev, who participated in her study, suggested that the building found under the foundations of the basilica was precisely a martyr (tomb of a saint who died as a martyr for the faith) of the first Bulgarian martyr st. During the unsuccessful rebellion of paganism supporters in 865, the martyr was destroyed. As a sign of the celebration of Christianity in Bulgaria, Tsar Boris I (nephew of Enravora) became a symbol of the new temple built on the site of the martyrium and the result tied the new religion to an aristocratic historical monument such as the martyrium.

Another theory, however, is on the arch. Boyadzhiev sounds even more convincing. According to her, the building was originally built for the mausoleum of the Bulgarian cans. After the conversion, an attempt was made to turn it into a cathedral, but the structure did not withstand these reconstructions, which necessitates the complete demolition of the building. This hypothesis is supported by the fact that until then no mausoleum of Bulgarian Khan had been discovered and there was no evidence of a funeral ritual of the rulers, which is difficult to explain in the presence of such preserved monuments from that period.

According to Asen Chiingirov, the historical springs point to the date of the Grand Basilica to the 4th century during the time of Emperor Constantine the Great. After the demolition and as early as the end of the IV or the beginning of the 5th century, the stones above the foundations were used for the construction of other monumental buildings near the basilica. In the 9th-X century, it was rebuilt with bricks and again destroyed at the end of the X century, which coincided with the accession of all eastern Bulgaria to Byzantium.

Chilingirov criticized the reconstruction, which gives the appearance of the basilica, which it never had, in order to turn it into a “pre-Bulgarian monument”.

From the surveyed parts of the Grand Basilica you can see that the archdiocese residence is located in the courtyards to the north and south of the temple, with a residential palace explored in the northern courtyard, and to the west of it – a bath. To the south of the basilica is explored a three-bedroom building, which housed a school and scripted. Didascalion is proof that in addition to the books of worship in the complex, law, architecture, and construction have been studied. Here probably worked the students of Cyril and Methodius adopted in 886 by Tsar Boris I, who started the Pliskova-Preslav Literary School in the old Bulgarian language.

A necropolis with graves of members of the monastic brotherhood was examined in the courtyard southwest of the basilica, and a secular necropolis with graves of aristocrats was found in front of the aspides of the basilica. The monastery premises cover the yard to the north of the residence. The kitchen and dining area are central. In the east wing of the yard was opened a two-story building with 10 identical cell rooms in which the monks lived. In the middle of the yard is the large monastery well, and next to it – the second bathroom, which had a hypokaust and a cruciate structure.

The uncovered remains have been preserved and are designated as an open-air museum, which can also be visited during off-hours. Finds from the reserve are exhibited in the museum exposition and are mostly related to the bits, material, and spiritual culture of the inhabitants of the old capital. 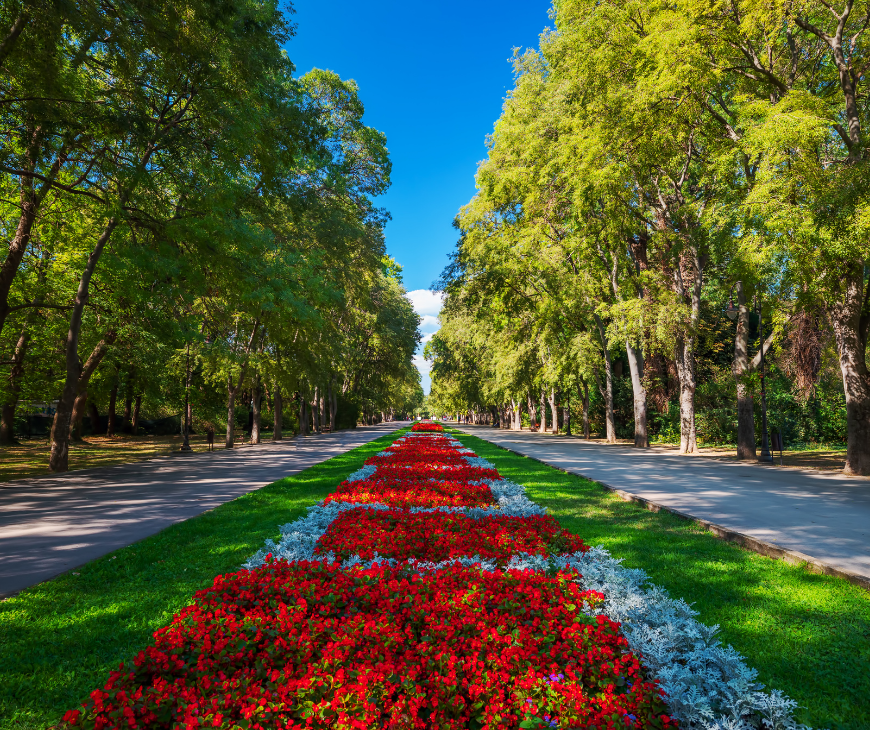 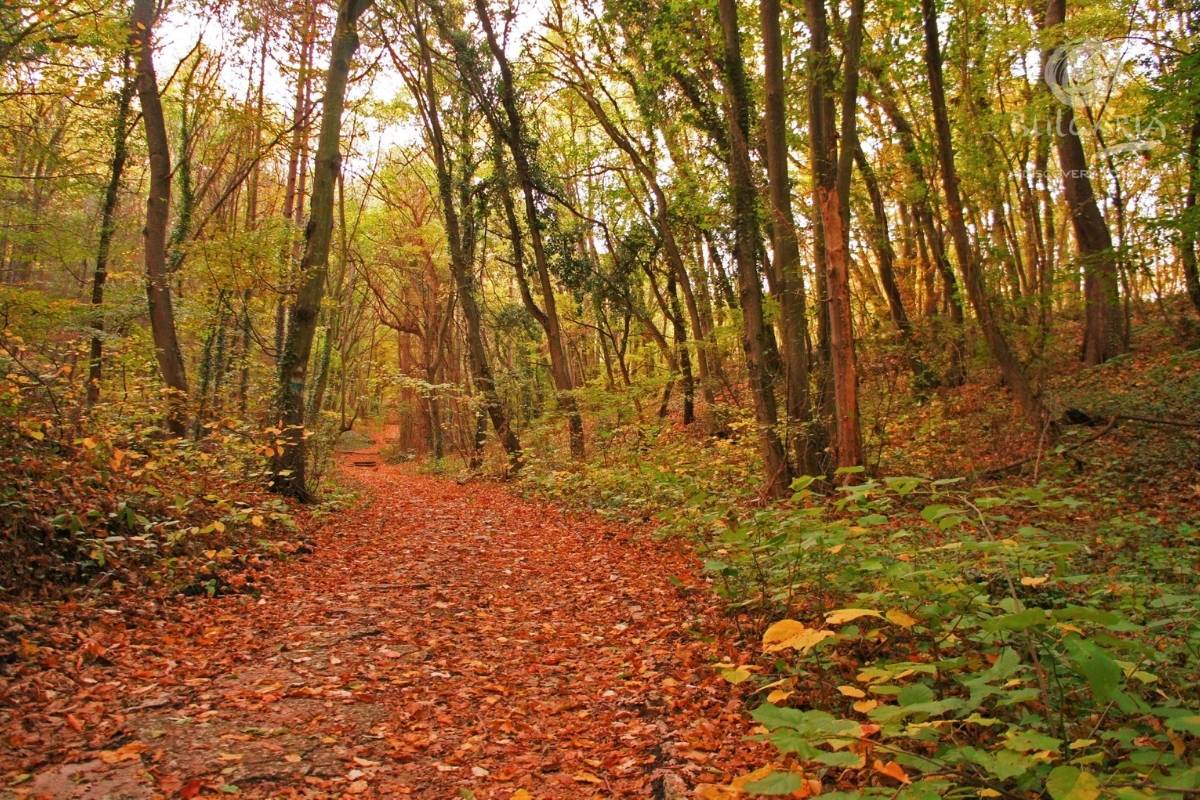 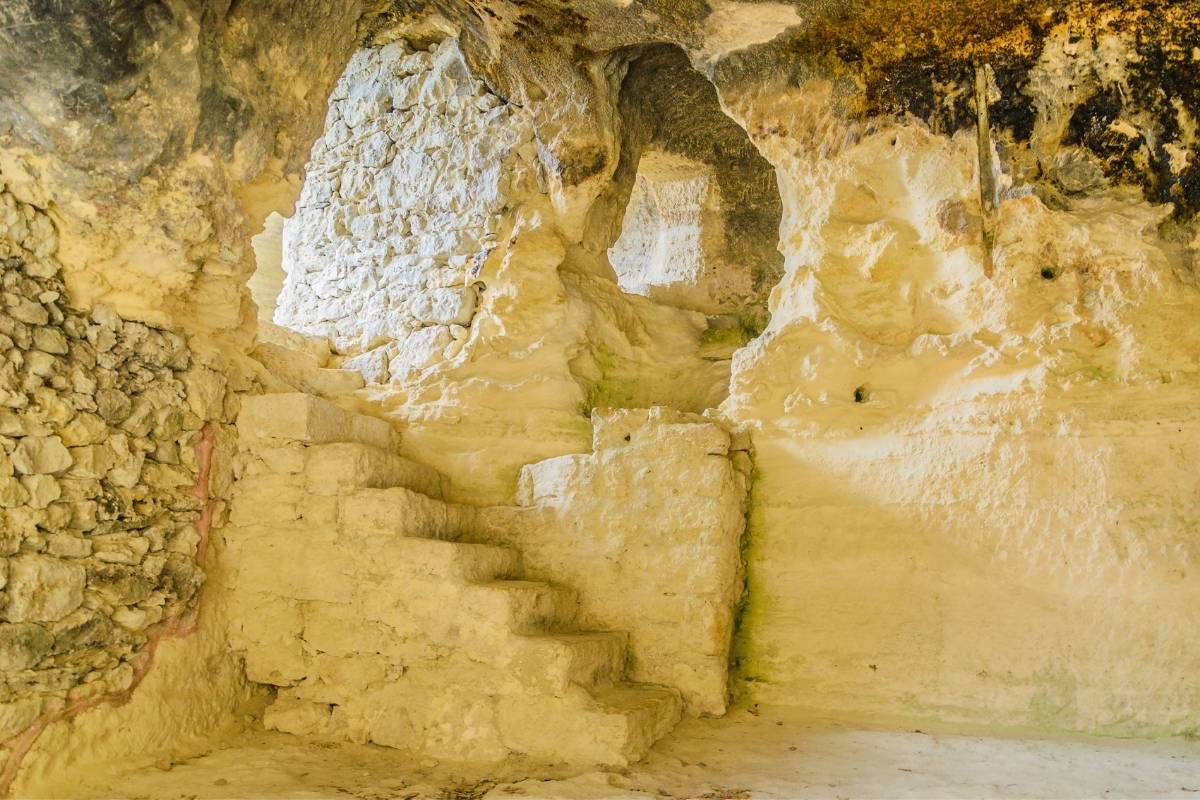